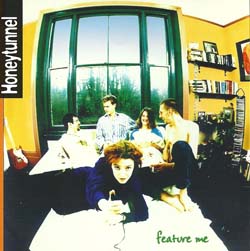 Having released loads of electro and psychedelic stuff on Magick Eye I fancied trying something different so we set up the Chameleon label to do some singer/songwriter/indie band stuff. A friend of mine suggested I check out a band from Windsor called Honeytunnel. So I did and was knocked out by the voice and the songs of the band's leader Lou Palmer (aka Tina Palmer). This album contains some great songs - Remedy, Feature Me and It's Not You are some of my all time faves. Lou also worked with Magick Eye artists on the dance project "Under The Honeytunnel" with tracks released as singles and on compilations. She has also appeared on a number of Astralasia albums and on the Children Of Dub's Digital Mantras album. Astralasia's Swordfish has said that Lou has one of the best voices he has worked with!